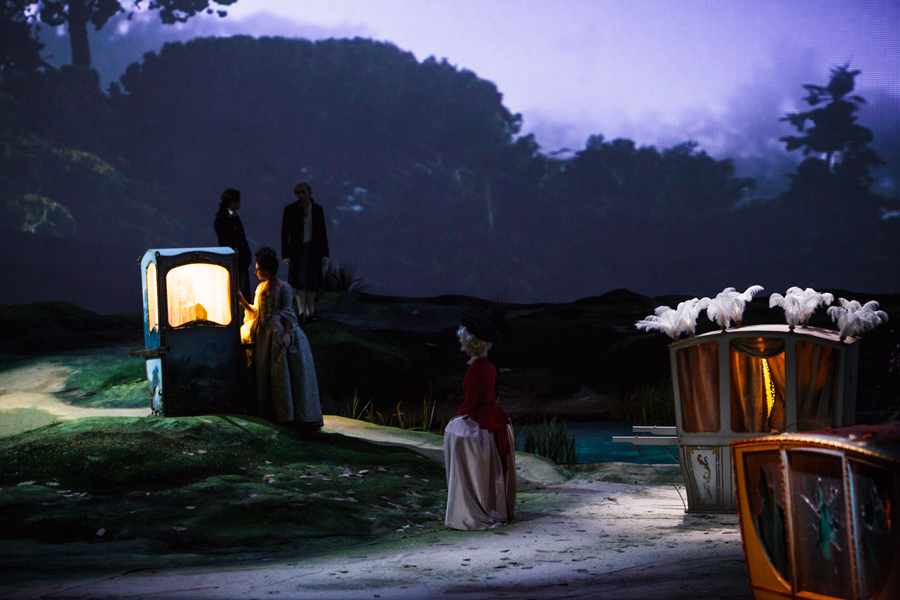 Catch up on these 10 eclectic films available to stream now!

While Covid-19 has kept us inside and out of cinemas, filmmakers and distributors have still been hard at work making some of the year’s most exciting foreign and independent films available to us while we socially distance. Here are a few such titles, now streaming, along with older offerings worth catching up on:

Now available on distributor Cinema Guild’s virtual cinema, Liberte was one of the most exciting and provocative films to play at Cannes in 2019 and would surely be stirring up buzz as we speak had it had the chance to fulfill its planned theatrical run. Sort of an update on Pasolini’s Salo, Liberte finds a collection of 18th century noble folk indulging in utterly debauched sex rituals in the pursuit of a higher purpose. Pristinely lit and constructed, Liberte is at once one of the most beautiful and unpleasant movies of, as well as one of the most important.

Esteemed critic, filmmaker and NYC repertory cinema regular Dan Sallitt premiered his first feature in 7 years at this most recent Berlin Film Festival where it was praised for its ability to locate the weight of mundane drama. Now see a release via distributor Grasshopper on their own digital cinema platform, Fourteen is indeed the sort of thoughtful naturally paced drama that we don’t see enough of. With relatable stakes and losses, plus two unforgettable lead performances, Fourteen is a film very worthy of your attention! Available to stream from wwww.grasshopperfilm.com.

Jia Zhangke received some of the highest praise and largest audiences of his impressive career last year with Ash is Purest White, and he’s already made a return of sorts with this new short commissioned by the Thessaloniki Film Festival and currently hosted on their YouTube channel. While only 3 minutes long, Visit finds profound things to say about our current state of social isolation through simple means, and looks quite excellent for a project shot hastily on a phone. Available to stream on youtube.

Not new, but currently at its most accessible (i.e. being hosted on Mubi for the rest of the month), Dead Souls is the 2018 release from Chinese documentarian Wang Bing who has been assembling one of the most impressive contemporary filmographies around over the last decade. His films tend to be unusually long and deal with intersections of trauma, memory and labor, all while attempting to approximate his subjects’ experiences through duration. Dead Souls is no different, coming in at a bit over 8 hours, it centers the testimonies of still living survivors of Mao Zedong’s labor camps. Challenging material, but made approachable by Bing’s accessible filmmaking style.

Currently on Criterion Channel (and leaving at the end of the month!), The Strawberry Blonde is a peculiar film, a romantic comedy of variable tone that plays out as the antithesis to the ferocious gangster films that director Raoul Walsh and James Cagney more famously collaborated on. Walsh and Cagney do just fine in a gentler genre though, and it’s especially amusing seeing the latter play at being something of a loser. Also tune in for supporting performances from Rita Hayworth and Hollywood legend Olivia de Havilland.

We live in a time where short films and avant garde films are increasingly undervalued and can find fewer and fewer venues willing to screen them. That said, free-to-use streaming websites and cheap, efficient digital cinema equipment have made it possible to put out such work, it’s just often a matter of figuring out where to locate the finished product. Kinoslang.blogspot (a blog page dedicated to preserving archival materials and actual films that fall into this category) have been hosting the latest short film from Jean-Marie Straub, one half of iconic filmmaking duo Starub-Huillet. This short adapts an essay by oft-adapted author Georges Bernanos in Straub’s very bare-bones, digital aesthetics, exploring the sort of tension between artistic form and political messaging that has interested him throughout his whole career. It may be a bit off the beaten path, but it’s quite exciting that you can immediately access the newest work from one of cinema’s most important directors for free and without signing up for anything!

Time away from cinemas also translates into time away from film festivals, which can be unfortunate for filmmaker’s like Isiah Medina whose work tends to get the most attention in such spaces (his last film 88:88 caught on big at Locarno). That said, times like these make room for alternative means of exhibiting film, and can help us to reconsider the value and purpose of art. Medina might just be the perfect filmmaker to broach this topic, what with his somewhat esoteric, pure-montage filmmaking, and consistent interest in the thread between technology and poverty/labor. His newest (and much debated) film Inventing the Future hits all these marks, an essay film that adapts a Verso-published work of political theory that ruminates over the value of labor in an automated society. Certainly material worth considering now more than ever, and it’s available on Medina’s YouTube channel for free (the channel simply being his name “Isiah Medina”).

Made within the last few years of his life, In a Year of 13 Moons is one of Rainer Werner Fassbinder’s finest films, and it just became available on Criterion Channel! Focusing on the final days of a constantly subjugated trans woman searching for the origins of her unhappiness and a sense of home, In a Year of 13 Moons isn’t a comfortable viewing experience, but it is always an exhilarating one, and exemplifies a confrontational, far-reaching strain of queer cinema that doesn’t really exist anymore.

Over the last few years we’ve seen Disney solidify their control over the film industry, mostly through the acquisition of other studio’s catalogs of pre-existing live action properties. It can be easy to forget what afforded them this sort of clout initially, how advanced and radical the studio’s accomplishments in animation were for the first few decades of their existence. Currently on Disney+, The Reluctant Dragon is Disney’s generally overlooked fourth feature film, and it serves as a fascinating reminder of the intricacies and imagination of the analog studio era, and the outsized possibilities the medium of animation once offered. Essentially an advertisement for the recently constructed Walt Disney Studios (one that mixes live action and animation), the film showcases the countless technologies, creators and performers that make animated works come to life, featuring partially made shorts along the way. Really essential for anyone interested in the Hollywood studio system of the 40’s and the animation techniques of the day.

10. The Complete Works of Adam Curtis

Once again, YouTube proves to be an essential source for quality film content that would have a harder road to a cinema. Adam Curtis specializes in essay-style documentaries that trace out convoluted political history through linear narratives that Curtis forms through archival footage, pop music and voice over. These films can vary in length, anywhere from 10 minutes up to 6 hours, and originally air on BBC, but Curtis allows them up on YouTube for no charge on BBC’s channel and on any number of personal channels that can be easily accessed through the site’s search bar. While these are films that focus on politics during a time when that may be the last thing we want more of, Curtis’ body of work can be quite comforting in the way that it provides a way for us to wrap our heads around the full scope of our current problems.