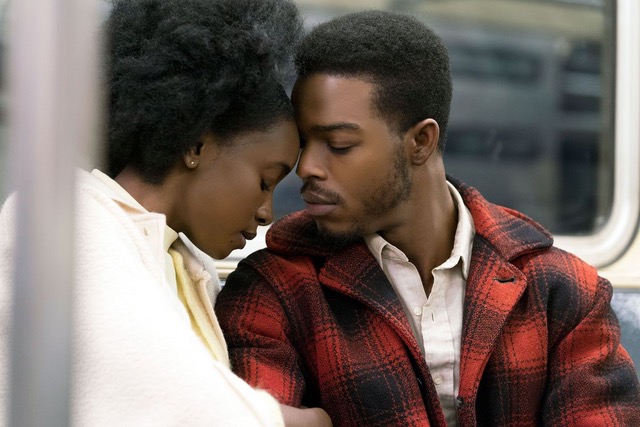 Art has the power to inspire, transform and educate. The Roxy Cinema has put together a comprehensive list of 20 films from documentaries to narratives that should be watched in order to educate viewers about the history of the deep embedment of systemic racism into American culture. We at the Roxy Cinema have always believed in the importance of highlighting diversity in storytelling, and continue to make the commitment to represent this in our programming. Together we can change the system, and we look forward to a bright future.

Within Our Gates, Oscar Micheaux, 1920

Within Our Gates is the oldest known surviving film by an African-American director. It was a response to D.W. Griffith’s racist “The Birth Of A Nation.” It is a searing account of the U.S. racial situation of the early twentieth century, including the years of Jim Crow, the revival of the Ku Klux Klan, and the Great Migration of Southern black people to Northern cities. The film can be streamed on the Criterion Channel.

I Am Somebody, Madeline Anderson, 1970

I Am Somebody is a short political documentary about black hospital workers on strike in South Carolina, this was the first half-hour documentary film by an African-American woman in the film industry union and the first film to link black women and the fight for civil rights. It can be streamed on Amazon Prime.

The Spook Who Sat By The Door displays the bedrock of racist attitudes and assumptions that renders racist policies both inescapable and irreparable. It is a political fiction based on the novel by Sam Greenlee, about the first black man in the C.I.A. The film can be streamed on Youtube.

Killer Of Sheep is a poetic film about a family in Watts, California. Burnett observes the quiet nobility of the lives lived with values but without opportunities. It is considered an American masterpiece. It can be streamed on the Criterion Channel.

Daughters Of The Dust is a vast yet intimate drama set in 1902, about the preparations of an extended family on one of the Sea Islands, off the coast of Georgia, to migrate to the American mainland. It’s a story of the Great Migration of African-Americans, survivors of slavery and the descendants of former slaves to the North. The film can be streamed on the Criterion Channel.

The Glass Shield is another important film by Charles Burnett starring Ice Cube. It is about a rookie black cop who experiences conflict with his colleagues and deep corruption within the Police Department about a wrongful arrest. It can be streamed on iTunes.

The Watermelon Woman is a bitingly funny, deeply personal feature debut and a landmark look at the black lesbian experience. The director herself stars as Cheryl, a twenty-something lesbian struggling to make a documentary about Fae Richards, a beautiful and elusive 1930s black film actress popularly known as the Watermelon Woman. While uncovering the meaning of Richards’s life, Cheryl simultaneously experiences a total upheaval in her own when she embarks on an affair with a white woman (Guinevere Turner). Soon, each answer Cheryl discovers about the Watermelon Woman evokes a flurry of new questions about herself and her future. This film can be streamed on the Criterion Channel.

The Untold Story Of Emmett Louis Till, Keith Beauchamp, 2005

The Untold Story Of Emmett Louis Till presents a sobering reminder of the racial tensions that gripped America and currently still do. In Mississippi during the 1950s, a black teenager named Emmett Louis Till, who was from Chicago and visiting his great-uncle, whistles at a white woman in public, not long afterward he is kidnapped and murdered. The filmmaker revisits the public outrage that follows, revealing Till’s family as being very brave to standing up to racism when it was clearly unsafe to do so. This film can be streamed on Amazon Prime.

THE BLACK POWER MIXTAPE 1967-1975 mobilizes a treasure trove of 16mm material shot by Swedish journalists who came to the US drawn by stories of urban unrest and revolution. Gaining access to many of the leaders of the Black Power Movement—Stokely Carmichael, Bobby Seale, Angela Davis and Eldridge Cleaver among them—the filmmakers captured them in intimate moments and remarkably unguarded interviews. Thirty years later, this lush collection was found languishing in the basement of Swedish Television. Director Göran Olsson and co-producer Danny Glover bring this footage to light in a mosaic of images, music and narration chronicling the evolution one of our nation’s most indelible turning points, the Black Power movement. Music by Questlove and Om’Mas Keith, and commentary from prominent African- American artists and activists who were influenced by the struggle — including Erykah Badu, Harry Belafonte, Talib Kweli, and Melvin Van Peebles — give the historical footage a fresh, contemporary resonance and makes the film an exhilarating, unprecedented account of an American revolution. The film can be streamed on YouTube or Google Play.

For the past 40 years, the war on drugs has resulted in more than 45 million arrests, $1 trillion dollars in government spending, and America’s role as the world’s largest jailer. Yet for all that, drugs are cheaper, purer, and more available than ever. Filmed in more than twenty states, The House I Live In captures heart-wrenching stories of those on the front lines — from the dealer to the grieving mother, the narcotics officer to the senator, the inmate to the federal judge — and offers a penetrating look at the profound human rights implications of America’s longest war. The film can be streamed on Amazon Prime.

12 Years A Slave tells the true story of Solomon Northup, an African- American freeman who, in 1841, was kidnapped off the streets of Washington, and sold. It is a deeply horrific story about the pain and suffering inflicted on human life. There are not many Hollywood adaptations about slavery and this is a truly important one to watch. The film can be streamed on Amazon Prime.

Fruitvale Station is a biographical film directed by Ryan Coogler about the events leading to the death of Oscar Grant, a young African-American man who was killed in 2009 by BART police officer Johannes Mehserle at the Fruitvale district station of the Bay Area Rapid Transit system in Oakland. The film can be streamed on Amazon Prime.

I Am Not Your Negro used material from James Baldwin’s published and unpublished work, sourcing selections from essays, books, letters, notes, and interviews that are every bit as incisive and pertinent now as they have ever been. Through weaving these texts together, Peck brilliantly imagines the book that Baldwin never wrote. In his final years, Baldwin envisioned a writing project about his three assassinated friends, Medgar Evans, Malcolm X, and Martin Luther King. Peck’s film juxtaposes Baldwin’s private words with his public statement, in a blazing examination of the tragic history of race in America. The film can be streamed on Amazon Prime.

BlacKKKlansman is a biographical film based on the 2014 memoir Black Klansman by Ron Stallworth. It’s set in the 1970s in Colorado Springs about the first African-American detective in the city’s police department as he sets out to infiltrate and expose the Ku Klux Klan chapter. Directed by Spike Lee it won the Grand Prix prize at the Cannes film Festival. The film can be streamed on Hulu or HBO GO.

If Beale Street Could Talk is the sophomore film of director Barry Jenkins adapted from a James Baldwin novel. It tells the heartbreaking story of a couple Tish and Fonny who are separated as Tish becomes pregnant when Fonny is falsely accused of a crime and sent to jail for a crime he did not commit. It shows how deeply rooted systemic racism is and how the odds become stacked against People of Color and how trying life can be even once out of prison. The film can be streamed on Amazon prime.

Sorry To Bother You explores themes of racism, economic injustice, and cultural conflict in a satirical format. It is about a black man employed at a telemarketing company who needs to put on a “white voice” in order to become successful. The film can be streamed on Hulu.

Say Her Name: The Life and Death of Sandra Bland explores the death of Sandra Bland, a politically active 28-year-old African American who, after being arrested for a traffic violation in a small Texas town, was found hanging in her jail cell three days later. Dashcam footage revealing her arrest went viral, leading to national protests. The film team followed the two-year case beginning shortly after Bland’s death, exploring the questions of what really happened to her, and what we may learn from her tragedy. The film can be streamed on HBO Go.

Always in Season follows the tragedy of African American teenager Lennon Lacy, who in August 2014, was found hanging from a swing set in Bladenboro, North Carolina. His death was ruled a suicide by law enforcement, but Lennon’s mother and family believed he was lynched. The film chronicles Claudia’s quest to learn the truth and takes a closer look at the lingering impact of more than a century of lynching African-Americans and connects this form of historic terrorism to racial violence today. The film can be streamed at pbs.org.

Harriet is a biographical film about abolitionist Harriet Tubman. It is true story of a former slave who escaped to freedom and risked her life to free hundreds of other slaves. Harriet can be streamed on youtube or Amazon Prime.