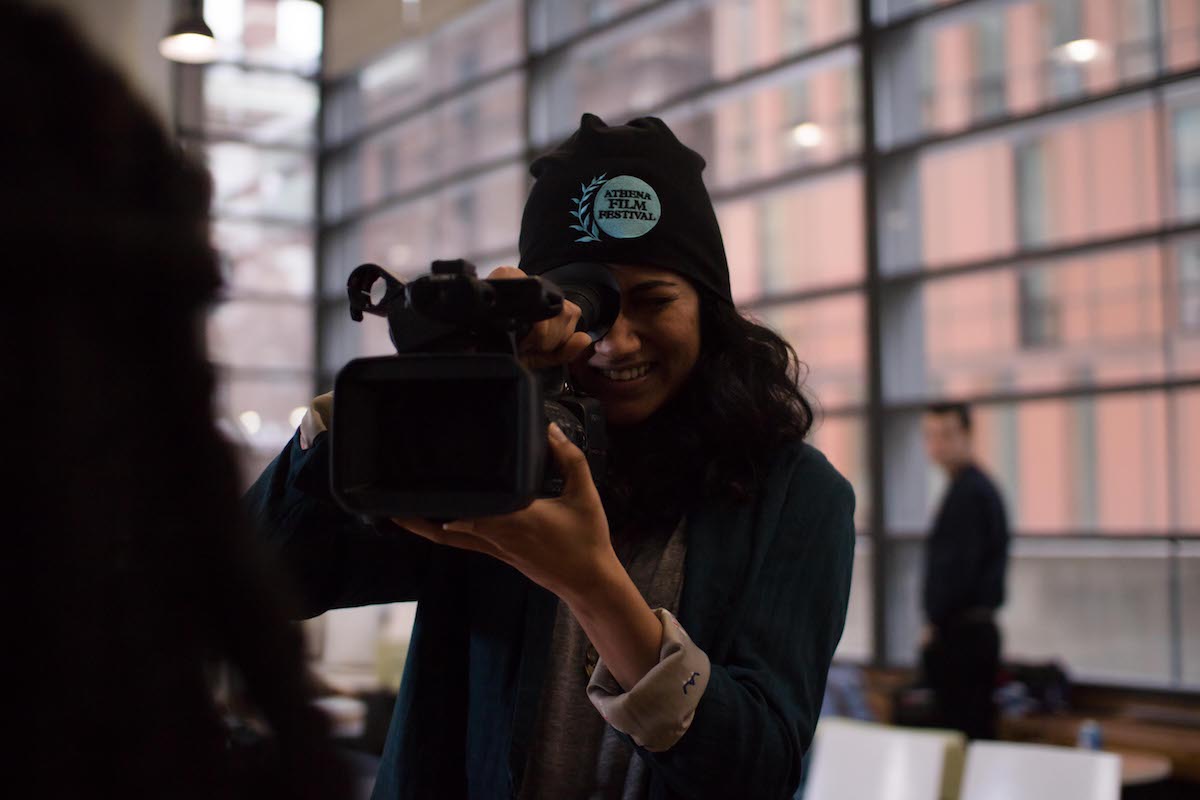 Women Rule the Screen at the Athena Film Festival

In its eighth year, the annual Athena Film Festival at Barnard College in New York City is a celebration of films that feature courageous and resilient women both in fictional and non-fiction genres. The festival, February 22-25, is an opportunity for creative voices in narrative, documentary and short films to tell their stories. The are films that empower a new generation of filmmakers and individuals to speak truth to power and demonstrate their artistic prowess.

“We are thrilled to announce an incredible line-up for the 2018 Athena Film Festival which highlights diverse female talent both in front of and behind the camera,” said Melissa Silverstein, co-founder and Artistic Director of the Festival and founder of Women and Hollywood. “Our goal as a festival has always been to highlight and recognize the strong and unique female voices and points of view in the industry by giving them a platform for their stories to be shared and amplified.”

Some of this year’s feature films include The Breadwinner, directed by Nora Twomey and executive produced by Angelina Jolie. The film tells the story of a young girl living under the Taliban regime in Afghanistan, who must disguise herself as a boy to become the breadwinner of the family when her father is unfairly imprisoned. Director Greta Gerwid, a Bernard graduate, will debut her film Lady Bird, staring Saoirse Ronan. Lady Bird is the story of Christine “Ladybird” McPherson who navigates the pressures and constraints of Catholic school with awkward self-assuredness. She dreams of a future full of east coast skyscrapers, Ivy League universities, and a cosmopolitan culture far away from Sacramento.

“It’s an honor to once again host this inspiring festival that celebrates the stories of courageous and bold women leaders and the filmmakers who create them,” said Kathryn Kolbert, co- founder of the Festival and Constance Hess Williams ‘66 Director of the Athena Center for Leadership Studies at Barnard College. “We are thrilled to recognize the diverse talents of current filmmakers, actors and executives and ignite a spark in the next generation.”

In the documentary series will feature films like Bombshell: The Hedy Lamarr Story, directed and written by Alexandra Dean; and I Am Evidence, directed by Trish Adlesic and Geeta Gandbhir and produced by Mariska Hargitay. Bombshell: The Hedy Lamarr Story details the life of Austrian Jewish émigré, Hedy Lamarr, who acted by day and invented by night. Lamarr, an immense beauty and brilliant women whom was largely misunderstood in her day, developed the concepts underlying today’s cell phone and bluetooth technology, while developing a radio system to throw Nazi torpedoes off course during WWII. In, I Am Evidence, activist and actress Mariska Hargitay investigates a staggering backlog of untested rape kits that have denied justice to survivors of sexual assault for decades. Over 175,000 untested kits have been uncovered to date. The film tells the story of four women whose kits went untested for years, and the pervasive flaws of the U.S. criminal justice system. In addition to films, there will be a serious of panels and other events where directors, producers and other creatives and activists will speak about their films and experiences. For more information, visit http://www.athenafilmfestival.com for more information on tickets, passes, events and showing times.