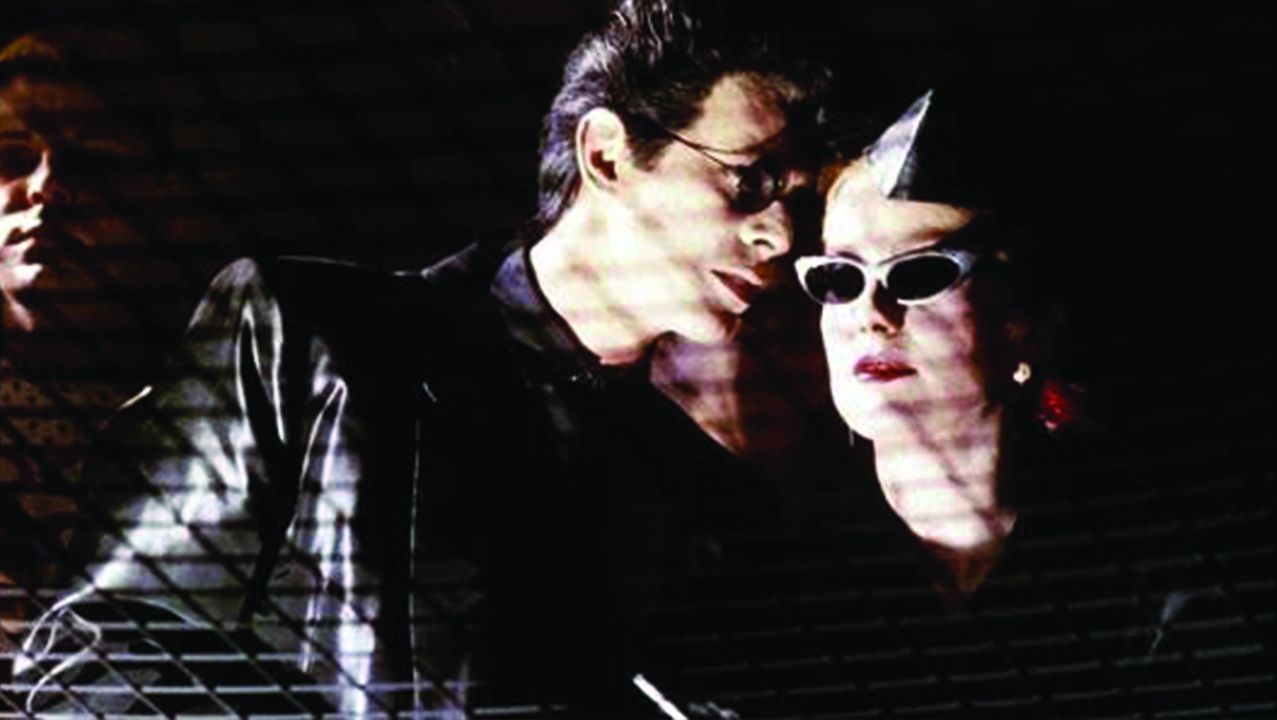 Ben Crossley-Mara of Janus Films, the preeminent distributor of international and domestic classics, shared a curated list of what to stream on the Criterion Channel platform, revisiting visually-sumptuous films that he noted he can “escape into without suspending complete and utter disbelief. I always pray for images from these films to seep into my dreams late at night…” Check back, more of what our friends in the film community are watching is coming soon.

OLYMPIA
Leni Riefenstahl’s transparently problematic career forces me to adopt a refined & distanced lens through viewing her work. Once in place, I can appreciate the groundbreaking techniques she pioneered in the first Olympic feature doc ever produced. Her love of the human body directly inspired the inventive use of tracking shots, smash cuts, underwater photography and extreme closeups. The rubric of all sports documentaries to come.

GILDA
Is it a noir? Romance? Adventure? Gilda is a film that defies categorization but is grounded by Rita Hayworth’s scintillating femme fatale. The gorgeous costumes, glittering photography and lush sets augment her thrilling performance. The Buenos Aires high-end casio setting is equally exciting.

LE PLAISIR
Max Ophüls is well-known for his intricate tracking shots and I solemnly declare that LE PLAISIR has the best of his career. The camera captivates our gaze, giddly guiding us through the roving bordellos and dance halls of La Belle Époque via three Maupassant tales of passion, tragedy, obsession and fate.

FROM HERE TO ETERNITY
It has the shot we all need right now. There’s also a damn-fine film around said shot.

THE GOLDEN COACH
Renoir’s meticulously-cut, technicolor jewel of a film further illustrates his talent in color, so brilliantly debuted in THE RIVER. Anna Magnani dons a resplendent wardrobe of 18th-century harlequin costumes and yearns for an exquisite golden carriage ordered by the Spanish Viceroy of the town in which her troupe is performing.

THE MIRROR
Tarkovsky’s autobiographical film combines narrative, memory, fantasy and documentary into a haunting tone poem. The photography weaves rich color, sepia and black & white together in a wonderfully oneiric tapestry that proves elliptical and captivating at the same time.

THE HUNGER
Tony Scott’s directorial debut has my favorite opening scene of all time: Pete Murphy’s snarling performance of “Bela Lugosi’s Dead” against a near-wordless montage of a vampiric Catherine Denuve and David Bowie praying on equally-attractive victims in a dark, smokey club. Just wait until Susan Sarandon shows up.

BETTY BLUE
It’s a love story, a road movie, a comedy, a psychological drama and ultimately…a journey inward. Béatrice Dalle’s ecstatic debut-performance as Betty is intoxicating for the entire three-hour running time. The yellow convertible, pink paint, red dresses and coral sunsets transport us into the wonderful, horrible, realm where our inner demons and angels reside.

ORLANDO
Sally Potter’s hypnotic adaptation of Virgina Wolf’s gender satire is nothing short of a visual masterwork. Tilda Swinton’s inviting performance as the androgynous titlular character guides us through several ages of history under the gaze of both sexes, illuminating the comical and often tragic limitations of each.