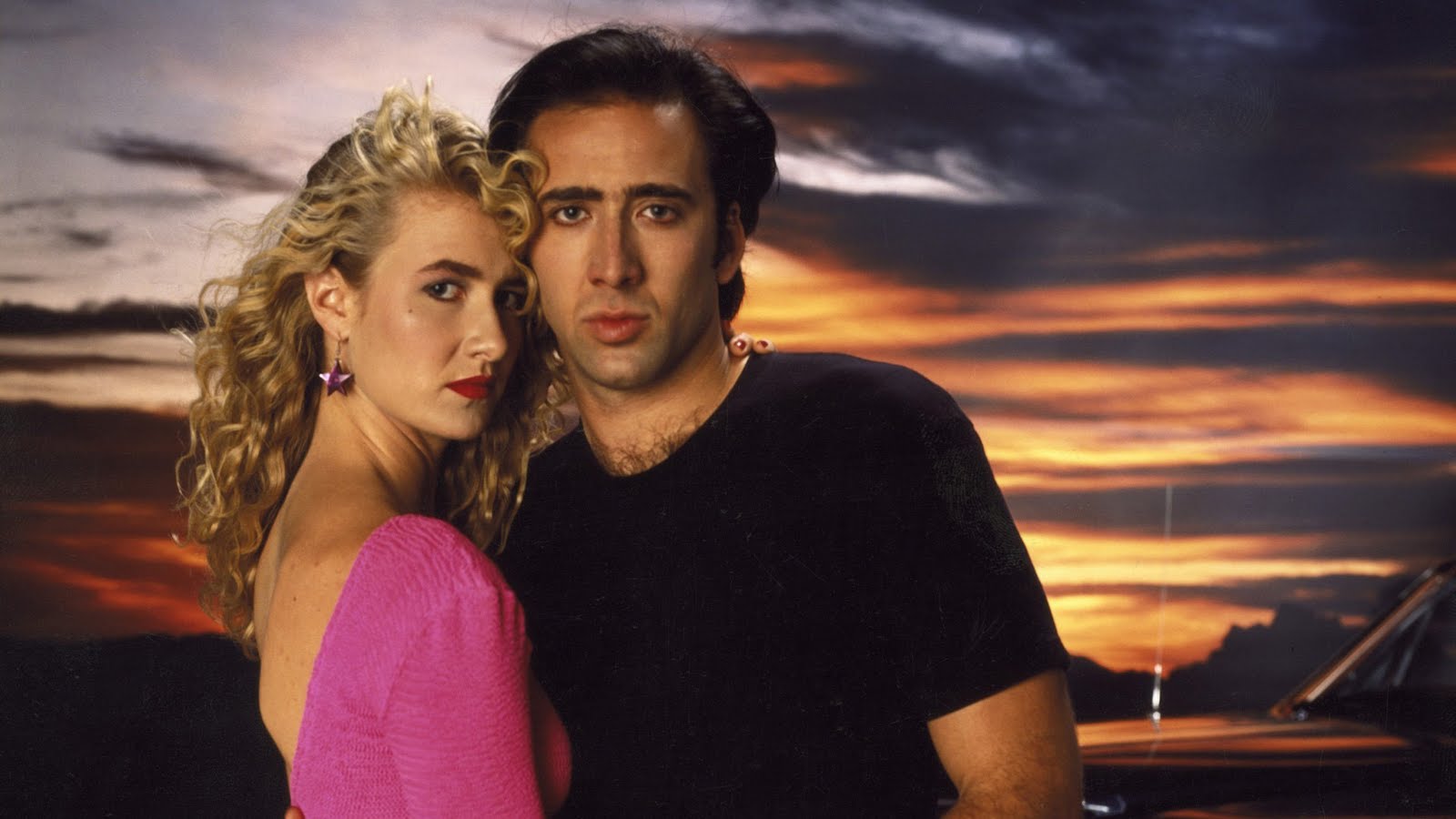 A DOUBLE BILL FOR LOVERS: TRUE ROMANCE and WILD AT HEART

In the Golden Age of American Independent Cinema of the 1990’s, ambitious young filmmakers prized certain values over all. Individuality marked by subcultural nostalgia, cross country journeys through the mysteries of American rural landscape, the naïve crime spree inspiring an Orphic descent toward the underbelly of society’s exterior, and love as the triumphant force that conquers all. Bonnie and Clyde were the embodiment of the spirit of the time, and gained a mythological status among the films of the era including Doom Generation, Natural Born Killers and My Own Private Idaho. The heavyweight champions of the genre were David Lynch and Quentin Tarantino, embracing the zeitgeist with unparalleled styles that would indelibly mark the future of cinema. In the Spirit of Valentine’s Day, the Roxy presents a back-to-back screening of two of their steamiest and most notable love stories.

When Tony Scott’s True Romance premiered in 1993, Quentin Tarantino’s screenplay was criticized for bearing too close a resemblance to Lynch’s Wild at Heart. In hindsight, however, one observes the developing formula that spawned an entire movement. Lovers galvanized with a passion so deep as to renounce all morals and conventions and course through America’s highways on a spree of transgressions and motel love scenes.

Tarantino’s vision was nascent yet already well formed in his True Romance screenplay. The formulation of both monologue and dialogue are novel, vulgar and replete with obscure cultural fixations that unfold like Alice in Wonderland chapters, each dominated by a preternatural character encountered by the star-crossed Clarence and Alabama (Christian Slater, Patricia Arquette). And each role is presided with conspicuous swagger.

Gary Oldman incites the highway journey as Drexl, Alabama’s Rastafarian pimp whose defeat furnishes the couple with a suitcase packed with kilos of cocaine. They depart with a blessing from Clarence’s retired-cop dad (Dennis Hopper) left to tangle with a debonair mob henchman played by Christopher Walken, delivering a waltzing interrogation in a silk scarf and vicuna coat. The lovers abscond to Los Angeles to unload their treasures with the aid of Michael Rappaport as aspiring actor Dick Ritchie. Brad Pitt is genial as Dick’s stoner roommate, unwittingly tipping-off pursuers between bong rips. Dick’s Hollywood connection is the buttoned-up Elliot Blitzer, portrayed by Bronson Pinchot (best known as TV’s “Balki”), and James Gandolfini forebodes his prominence as Tony Soprano in the portrayal of a ruthless don. The entire adventure is guided by the invisible hand of Clarence’s inner guru: Val Kilmer doing his worst as a Las Vegas Elvis impersonator.

Sailor Ripley (Nicholas Cage) shares Clarence’s fealty to Elvis Presley in Wild at Heart. Elvis was after all the original rebel archetype who has his own place alongside Bonnie & Clyde in the pantheon of indie cinema. The film is a masterpiece of its time and distinguishes a high point in Lynch’s career. It had its premiere in the midst of the airing of Twin Peaks’ first season. Fans of the series will be enchanted by cameos from Sheryl Lee, Sheralyn Fenn, Jack Nance; and a show-stopping performance by Grace Zabriskie. Both Twin Peaks and Wild at Heart signify Lynch in at the fullest formation of his style before he would embark upon more disjointed and non-linear explorations of his practice.

Lynch is an ever-evolving auteur working within a universe of his own construction. His love of silver screen romance, Neo-Noir mystique, and supernatural underpinnings achieve fertile expression in Wild At Heart. Indeed they set the course for an entire decade of indie filmmaking with exquisite style and command of powerful acting.

Nicholas Cage and Laura Dern, as now iconic lovers Sailor and Lula, deliver career-highlighting performances. Their backward drawls and intimate bedroom dialogue expose a vulnerability to the terrors of the world and a desperate salvation in true love. Diane Ladd (Dern’s on-and-off-screen mother) earned Academy Award and Golden Globe nominations as Marietta Fortune, tapping her lacquered nails against a martini glass as she plots like a fairy tale sorceress to steal back her daughter from Sailor’s embrace. Willem Dafoe seethes with palpable stench as bank robber Bobby Peru. Harry Dean Stanton evokes pure pathos as the innocent gumshoe in a mire of iniquity. Isabella Rossellini is fatale as the hitwoman’s lonely daughter, and Crispin Glover figures in his own art house anecdote as “Cousin Dell.”

The film won the Palm d’Or at Cannes in 1990 and remains a cult classic for those madly in love in a world gone mad.