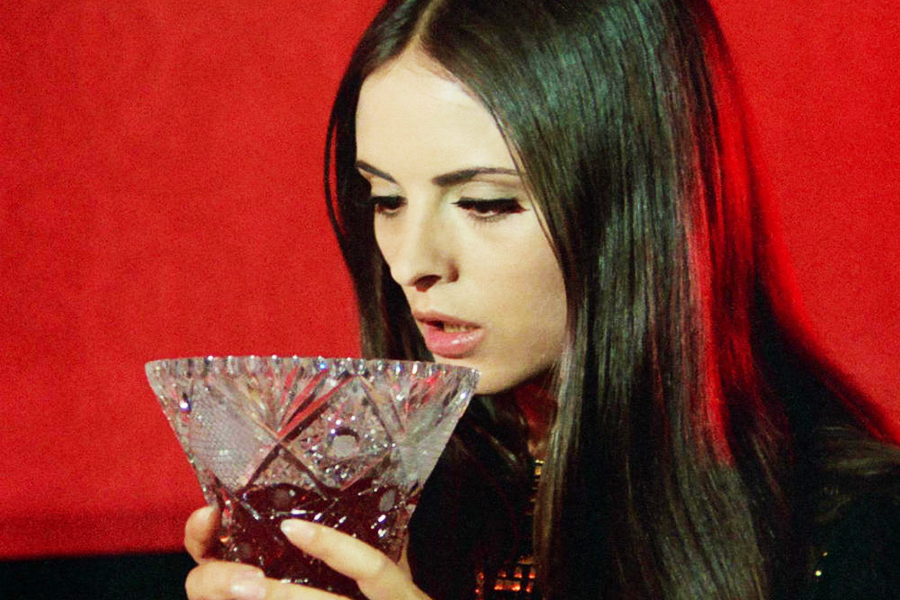 Spanish auteur Jess Franco, born Jesús Franco of Cuban-Mexican descent, was one of the horror genres most controversial and prolific directors, completing 160 feature films throughout his career. His stylistic versatility is testament to his expansive vision, and caused a series of peaks and troughs in his popularity. But he remains a cult idol for horror aficionados and lovers of the avant-garde.

Franco’s detractors panned him as a mere pornographer of the ilk of Ed Wood. In fact, he emigrated from Spain to France in the late 1960s where he could explore his modes of expression free of harsh censorship. Those with the daring to peer further, however, can easily identify the defiant courage and mastery of his forays into the perverse. His films display an eye for beauty comparable to Pasolini, a design sense prescient of Argento, an exploration of sex and death akin to his contemporary Jean Rollin. Though his films are widely categorized in the exploitation genre, Franco’s presentation of female sexuality has a clear feminist trajectory, and his penetrating philosophy of the human psyche are rich with both Freudian and mystical connotations.

This October, The Roxy Cinema presents some of the most relevant, stylish, and stimulating specimen’s of Franco’s fertile canon.

One of Franco’s most celebrated films, Vampyros Lesbos had a resurgence of popularity in the mid 1990’s with the UK reissue of its soundtrack holding a prominent place in the alternative charts. It’s Turkish psychedelia, teeming with sitars and sensual whispers, accents the films potent exoticism. Set in Anatolia in 1970 the film stars Ewa Strömberg as a real estate manager Linda Westinghouse who becomes transfixed by burlesque nighclub dancer Nadine – portrayed with arresting beauty by Franco’s muse Soledad Miranda. Nadine weaves a vampiric spell of lust and mystery as the two become entwined in a love affair complex with predator-victim dynamics skewed by camaraderie, passion, and trauma.

Miranda, who was also thriving as a pop star and model at the time, gives a performance as captivating as the film’s exquisite landscapes and interiors. Her screen presence exudes the regal allure of the vampire mythos with a novelty that earns the film its place as a cult masterpiece. She was to die in a tragic car accident in Lisbon shortly after the film’s completion, driving Franco into a crisis of grief that would alter his work into even broader and deeper avenues of experimentation.

Count Dracula was Franco’s first film to feature Soledad Miranda in the role of the undead vixen, Lucy Westinra. It was one of his only films to achieve box office success in America with its loyal treatment of Bram Stoker’s classic novel that has earned it precedence as one Dracula’s most definitive adaptations.

Despite the film’s low budget, Franco’s hand-held camera work and dramatic cinematography frame the plot’s antiquated familiarity with chic and grandeur. And the casting is truly formidable.

Horror legend Christopher Lee commands the title role with evil aplomb that has come to define popular culture’s perception of the character. Another highlight of the film is Klaus Kinski’s portrayal of the inmate Renfeild, upon whom Dracula commands a psychic fixation displayed adroitly by Kinski’s acrobatic physicality and brooding visage.

Dr. Z was Franco’s last film in black and white. It stylistically combines tropes of Film Noir, Science Fiction, and German Expressionism with suggestive foreshadowing of the soft pornography that would come to prominence in Franco’s later work.

It begins as a mad scientist story where the eponymous doctor is banished by his colleagues in the scientific community for his desire to discover the physiological origins of good and evil through human experimentation. The shock kills the doctor, leaving his daughter Irma (Mabel Carr) with the promise to continue his nefarious studies. She enlists the erotic dancer “Miss Death” as an unwilling accomplice to avenge Dr. Z’s death by luring his rivals into the clutches of a surrealistically-constructed tentacle mirror machine, where their brains are probed in scenes of surgical horror redolent of Eyes Without a Face, transforming them into Frankenstein monsters confined to Irma’s sadistic bidding.

Bloody Moon hearkens forward to Franco’s treatment of the 1980’s slasher genre, rich with plot twists and nubile teenagers. Critics have praised the film among its gory companions a notable slasher production in the class of Prom Night and the Friday the 13thseries.

Bloody Moon transcends its b-list assignation with the sustaining power of Franco’s aesthetic eye. The action takes place in a monumental Spanish manor set with Byzantine colonnades and Imperial Chinese fountains. The edifice has been converted, predictably, into a remote language school for teenage girls. Keeping true to the formula, the summer sex-romp degrades into a sequence of massacres – culminating in the film’s infamous beheading by circular saw.

Bloody Moon’s style is undeniably beautiful with artfully framed sequences, lighting motifs derived from the Giallo genre, and acting that is surprisingly strong. Prominent sexploitation actress Olivia Pascal is alluring and believable in the lead role. Alexander Waechter is both sympathetic and repugnant as the incestuous disfigured brother of the school’s proprietress, stalking the co-eds with baited breath from behind the bamboo and banana trees.