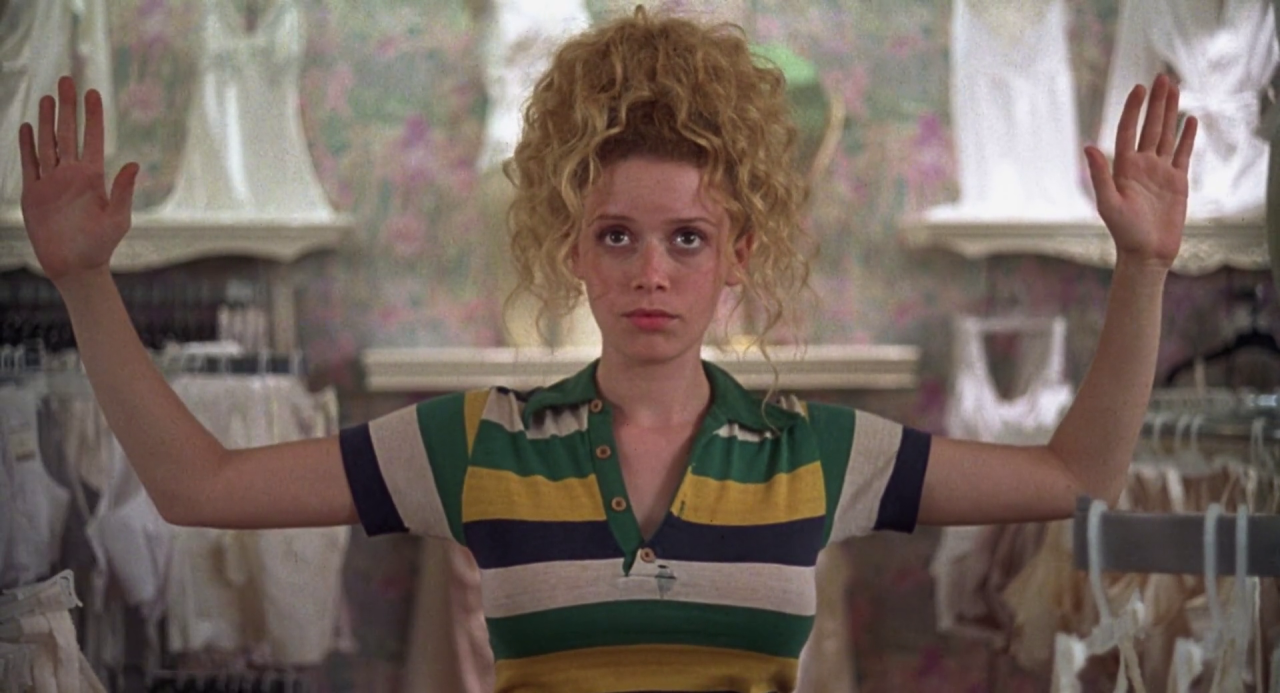 What better venue than The Roxy for actors Kevin Corrigan (Goodfellas, The Departed) and Natasha Lyonne (Orange Is the New Black, But I’m a Cheerleader) to hold an impromptu 20-year reunion for their film The Slums of Beverly Hills? After all, it was in New York that the two met—over the phone, no less—a little more than two decades ago. Flash forward and the two hosted a recent 35mm screening for the Roxy Artist Series.

“In June of 1997,” remembered Corrigan, “I was calling Michael Rapaport at his place, so [Lyonne, then a tenant in a building owned by the Beautiful Girls actor] answered the phone, and we hadn’t met yet or had a conversation in person, but we were gonna be doing this movie together, and I thought [she] sounded exactly like Cathy Moriarty from Raging Bull.”

The crowd laughed, thrilled throughout both by the wily wit and time-tested charisma of Lyonne and Corrigan’s humble but class-act showmanship, even though the cast-off reference to an old Scorsese film changed the course of the discussion—as it does in modern discourse.

“Movies like Raging Bull?” Lyonne mused. “Where do they live in the oeuvre? As soon as you say Cathy Moriarty, I think Raging Bull, Jake Lamotta, what a piece of shit, guy beat his wife, maybe it’s not such an amazing redemption story after all. It’s amazing how quickly the entire thing flips—that’s gotta be a good thing.” She was answering Cinema Manager Illyse Singer’s question about how The Slums of Beverly Hills holds up in an age where Hollywood’s darkest secrets have all but come undone.

Few know the ins and outs of Tinseltown quite as personally as Lyonne, and she was generous to share her experiences during the course of the hour-long post-screening Q+A. “The experience of being a young woman in show business is not something I would want to do again,” she admitted. “No part of me is interested in being a 17-year-old girl going to meetings with creeps all day and, like, having cocktails.”

She recalled the incongruity between the actor she was trying to be back then, and the Hollywood that wanted her for other things: “Being like ‘No! On the inside, I’m a dark old man here.’ You think that’s the experience you’re telegraphing—you’re a teenager so you’re like, ‘Hey man, I’m Bukowski, right?’ and they’re like, ‘No, you’re a hot young drunk girl.’ The moment that crossroads happens, and you become kind of hip to it, it really loses its sheen quickly. For me that was a great time to drop out for awhile. So yes, I’m obviously quite pleased with the turn of events.”

Corrigan recalled Lyonne’s agnostic feelings towards stardom as something that both incensed him and put pressure on him to perform better. “The expression ‘Wise beyond your years’ belongs completely to Natasha then and now. Back then, I remember feeling really frustrated because [Lyonne] was really over this whole thing. I’m trying to have a career as an actor, and here’s this kid who’s over it. She’s like, This is beneath me. Fuck, man, I’m still trying!”

“We shot that movie 20 years ago to the month,” Corrigan thought aloud, amazed. “That movie is so seminal on a human level,” mused Lyonne. “It’s just so satisfying to see it.”