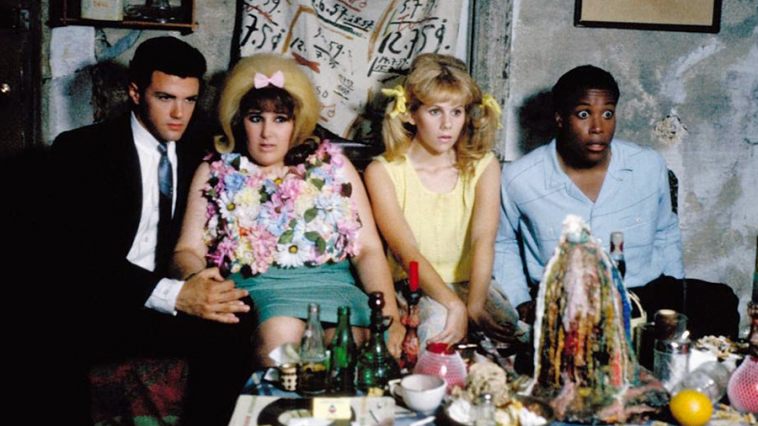 Much has changed for John Waters since he initially came on the scene. The string of cheap, proudly lowbrow independent features that he directed over the course of the 70’s provided American queer cinema with a new shocking, punk perspective, and provided filmmakers working outside the Hollywood system a template for how to fully realize their vision without ruinous compromise. As a celebrity and cultural icon, Waters still exhibits the qualities that made him a beloved cult figure in the first place, but these are the roles he exclusively inhabits now. Waters certainly hasn’t disappeared from public view, but he hasn’t directed a film since 2004, busying himself with writing and performing one-man shows. Its a curious career trajectory for a director, but Waters has never adhered to the traditional path.

This first became clear upon the release of 1988’s Hairspray which, as it so happens, is celebrating its 30th anniversary this year! Waters’ story of teenage outsiderdom in 1960’s Baltimore has had immense staying power thanks to its wildly successful Broadway adaptation, but the original film is a scrappier affair with more of Waters’ personality in it. That said, Hairspray was first viewed as something of a sell-out move, a rejection of the x-rated provocations that Waters released throughout the 70’s. Hairspray did end up marking the beginning of a new phase of John Waters’ career, one that gave him access to bigger budgets and stars and saw him tone down some of his more aggressive grossout instincts, but it remains one of the director’s great achievements, very much in keeping with the spirit of the rest of his filmography. With this film, Waters broadened the audience he could reach as well as the social contexts within which his movies could be understood. A film like Pink Flamingos might have been easy for mainstream audiences to dismiss as junk early on, but Hairspray made it clear to all that Waters had always been operating from a place of compassion. The characters that had populated Waters’ previous films may have been too violent and debased to sit well with an average audience, but the Turnblad clan and Penny Pingleton and Seaweed J. Stubbs are far more lovable characters of the same lineage. Hairspray may be a more palatable, sweeter John Waters movie, but the humor and cultural critiques are as sharp and pointed as anything else in his body of work.

The Roxy Cinema hopes that you will come and celebrate Hairspray’s 30th Anniversary with us and Ricki Lake, the original Tracy Turnblad! Lake’s career is eclectic and fascinating in its own right, with Hairspray marking her very first movie role. The Q&A will surely be unmissable! Also, make sure to stick around and catch another iconic Waters/Lake collab, Cry-Baby. Both movies will be projected on 35mm, both screenings will surely be unforgettable.