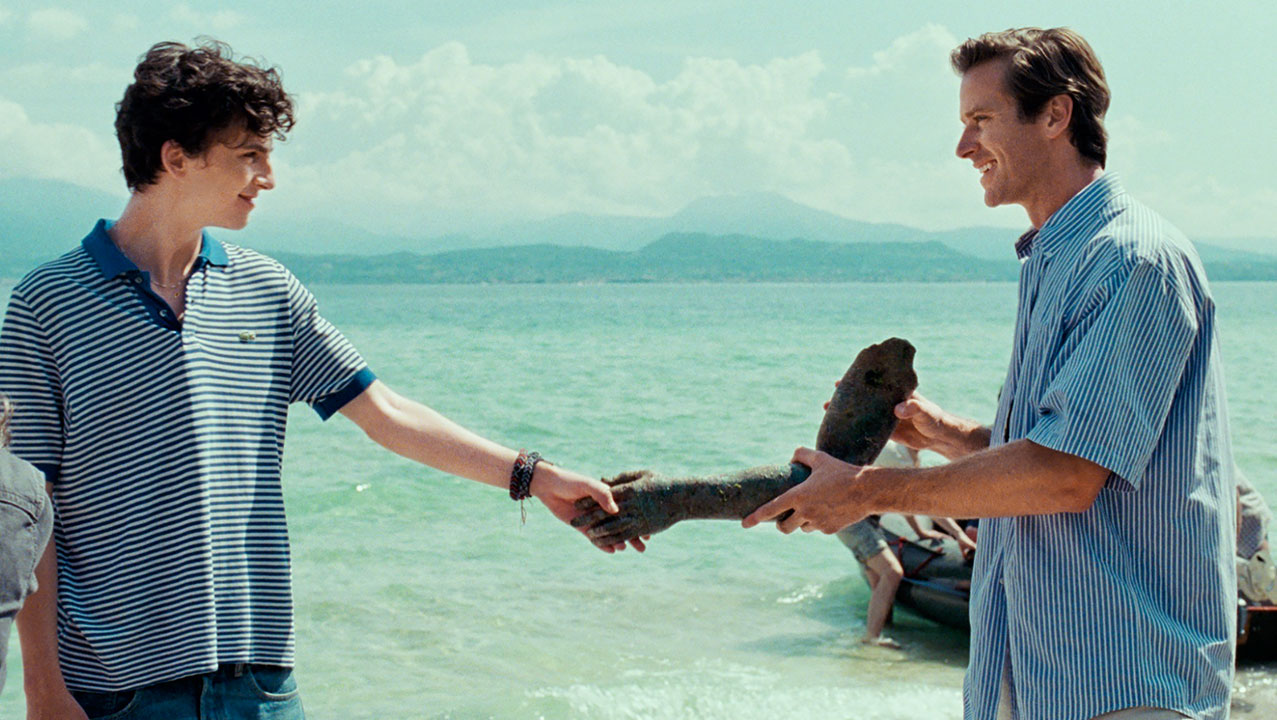 The narrative of LGBT cinema has undergone many permutations throughout history. One of its earliest subtle manifestations appears in Alfred Hitchcock’s Rebecca, where the dominating housekeeper Mrs. Danvers (Judith Anderson) conveyed homosexuality as a seductive corruptor of the pure in 1940. The following year Peter Lorre’s portrayal of the exotic Joel Cairo in The Maltese Falconmade for its own suspicious impression.

In 1947, a twenty-year-old Kenneth Anger worked outside the Hollywood system (though inside his parents’ Hollywood home while they were abroad) to make his short film Fireworks, about a youth cruising sailors at the pier who meets a violent end. The film is now regarded as an early essential of LGBT cinema and earned Anger popularity among the likes of Jean Genet and Jean Cocteau, who would go on to carry Anger’s torch into France’s cinematic arena.

In 1961, The Children’s Hour starred Audrey Hepburn and Shirley MacLaine in an adaptation of Lilian Hellman’s 1934 play. Thus heralding a new interpretation of the confusion, distortion, and guilt perpetrated by society upon homosexuality – while simultaneously endowing the subject with humanity and vulnerability.

By the dawn of the next decade, Great Britain was producing figures of LGBT cinema such as Derek Jarman and Stephen Frears. The saga continued through the 1990’s and early 2000’s independent film renaissance through the prominence of Gus Van Sant and the subcultural domain of Greg Araki, evolving into the current era alongside society’s subsequent strides in human rights.

LGBT cinema has come to a new era of potent expression and flourished into a genre of its own. This June, The Roxy Cinema celebrates New York Pride month with a series marking its high achievements:

PORTRAIT OF JASON (1967) is a reputed documentary film far ahead of its time in both subject matter and execution. Employing cinéma vérité motifs, African American hustler Jason Holliday narrates his struggles through his ambitions of becoming a cabaret performer during an interview session at the Chelsea Hotel. The drama escalates as the off camera voices confront Jason, revealing his multidimensional persona.

FUNERAL PARADE OF ROSES (1969) is praised as highly significant in the Japanese New Wave as well as being a groundbreaking work of cinematic representation of gay and transgender subculture. Loosely based on Oedipus Rex, the film is exquisitely shot combining interview footage, stylized tableaux, and motifs of montage so innovative that some have only begun to be emulated.

BOUND (1996) is a thriller by the very same Wachowski Brothers who would imminently rise to stardom with The Matrix. Starring Jennifer Tilly and Gina Gershon whose torrid romance inspires them to abscond with two million dollars of mafia money while they’re at leaving their unhappy jobs and boyfriends. The film’s Neo-Noir themes are stylishly crafted, while its treatment of sexuality bears the realism of the 1990’s indie mystique.

BUT I’M A CHEERLEADER (1999), directed by Jamie Babbitt, is an iconic work of queer cinema from that decade, with its softer touch and a pop-culture accessibility, starring Natasha Lyonne as a cheerleader sent to a rehabilitation camp to be cured of her lesbianism. Shot in lively pastels and featuring figures from both the queer and indie circuits such as Mink Stole, Cathy Moriarty, and Bud Cort.

RULES OF ATTRACTION (2002) ostensibly of the college hormone-driven genre, throws more unconventional couplings in the mix and delves deeper into the woeful vicissitudes of privileged sexual exploration. Born of the mind of Bret Easton Ellis, from whose novel the film was adapted, it is characteristically charismatic in its egotism and satire. Featuring performances by James van der Beek, Jessica Biel, Faye Dunaway, and Eric Stoltz.

WILD NIGHTS WITH EMILY (2018) is sure to disrupt common  conceptions of a prudish reclusive Emily Dickinson, with Molly Shannon revealing the poet’s secret life of reckless humor, irreverence, and lifelong relationship with a woman. Directed by Madeleine Olnek with wit and intelligence.

CALL ME BY YOUR NAME (2017) – if not Luca Guadagnino’s finest accomplishment, it certainly his most lauded, still resonating its many accolades and awards. Based on Andre Aciman’s beautiful 2007 novel, the film has earned its place as the quintessential queer coming of age film. Not least for its lush naturalism, Lombardy landscapes, and formidable breakout performance by Timothée Chalamet.