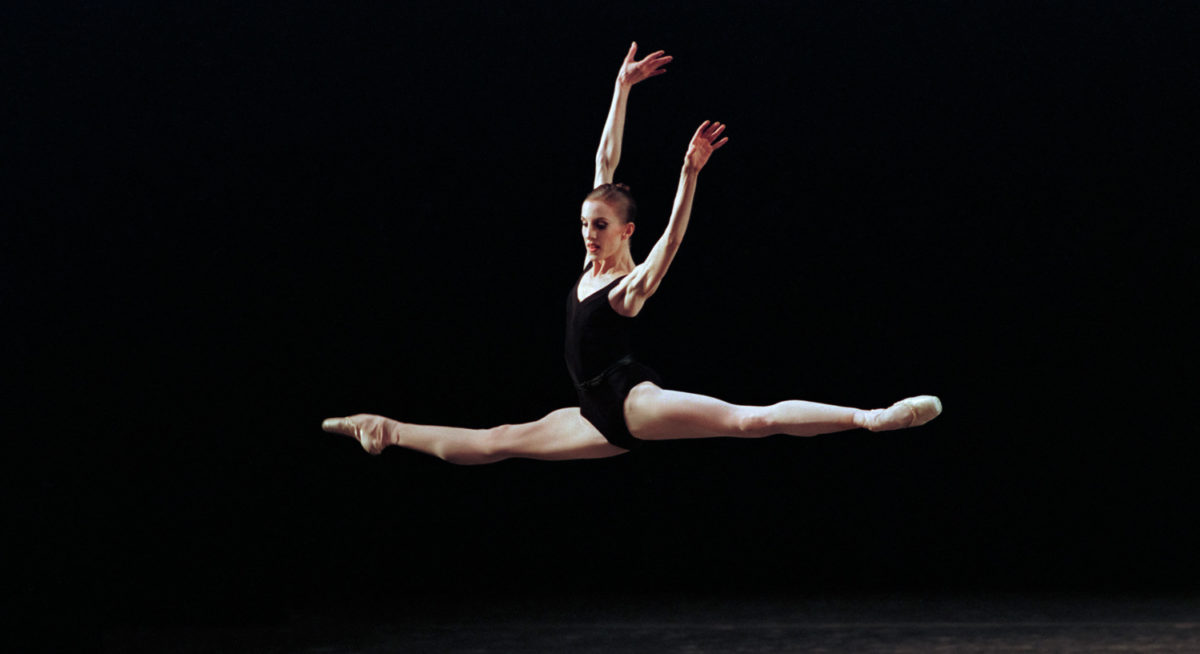 There are few art forms as physically-evident of the time and dedication they require as the ballet. Sure, it takes decades to learn to cut a stone; every brushstroke contains its painter’s entire life up to that point; but, hanging from the skeleton of every professional ballet dancer is every choreography and its history. The struggle for creative control of Swan Lake, between its original composer, Tchaikovsky, and choreographer, Reisinger, sits in the muscles of every dancer who’s ever performed it. In the case of Wendy Whelan, former principal dancer of the New York City Ballet and the subject of 2017 documentary Restless Creature, who visited The Roxy Cinema for an Artist Series screening of the film last month, the body is a means of communication, a thing to be pushed past its limits, and most importantly, a map.

The film, by co-directors Linda Saffire, Adam Schlesinger, who were also in attendance, tells the story of Whelan’s final days dancing ballet. Rapidly aging out of her industry and stricken with a career-ending injury, the dancer forces herself back to the levels of ability she had in her youth for a final stretch of performances. Rather than succumb to the fact that, as she says in the film, “Nobody wants to see a lame, old ballerina,” she concludes her career on a note that matches the one that made her one of the most dynamic performers in ballet history.

“I can’t get over how much stress I was in,” Whelan said to the audience of adoring fans who came to watch the film. “I just see my face…” But all were in high spirits to celebrate the life and times of a performer who had inspired as many as she had surpassed. Not a single question in the Q+A came free of a glowing review of Whelan, who, to her credit, accepted each with the same grace and humility that, one supporter says in the film, “changed the ballet.”

“You’re courting one another, in a way,” explained Schlesinger of he and Saffire’s process. From wearing all black so as not to break Whelan’s focus, to taking a painful two-week hiatus when things got too painful for the dancer to expose (though this is when she learned Transcendental Meditation), to filming, sans harnesses, from a scaffold above the stage to catch Whelan’s final performance.

Though rehearsal is perhaps the most important aspect of Whelan’s life, the film succeeds in presenting countless in-the-moment vignettes with the dancer, resulting in a portrait that is as complex as it is simply beautiful. Whelan seems to defy gravity, not just when she’s dancing, but when she’s struggling to do what most can only dream of. Her stream of smiles throughout the film belie how ruthlessly competitive ballet is as both an artform and a sport. You get awkward moments from people who have better ways to say things than with words, but also transcendent ones, too, including a moment where the sudden appearance of a hawk on a windowsill portends a major decision for Whelan.

And the audience drank it all in. At the end of the Artist Series Q+A, Whelan was rushed by a cadre of young dancers, each buzzing with excitement as they approached their hero. In that moment, I realized why dancers receive flowers: there’s nothing else as delicate.